Blog
ADCO / Advice from others / Are things that ‘trend’ on Twitter really trending?
Feb 28

A blog over at The New York Times notes that making decisions on the basis of what’s trending on Twitter can sometimes miss what’s actually happening: 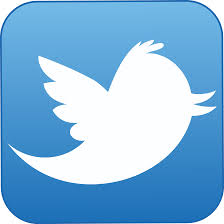 The greatest challenge of Big Data — especially social media — is separating the signal from all the noise. A study by the Pew Research Center, for example, found that Twitter users are more often than not negative. The study, which examined reactions on Twitter to news events, including Barack Obama’s and Mitt Romney’s presidential race, discovered that “for both candidates, negative comments exceeded positive comments by a wide margin.” More disturbingly, that reaction is not representative: “The reaction on Twitter to major political events and policy decisions often differs a great deal from public opinion as measured by surveys,” Pew reported. That is due, in part, to the fact that “Twitter users are not representative of the public”: They are younger and more likely to lean toward the Democratic Party. It turns out that what’s “trending” on Twitter may not really be “trending” at all.

Of course, some of us might say that Twitter users are swarming around what the rest of the public will be talking about in the future. But we won’t. In the meantime, be forewarned — to mine the wisdom of crowds requires some wisdom, some discernment regarding which data to study, and what conclusions to draw from them.