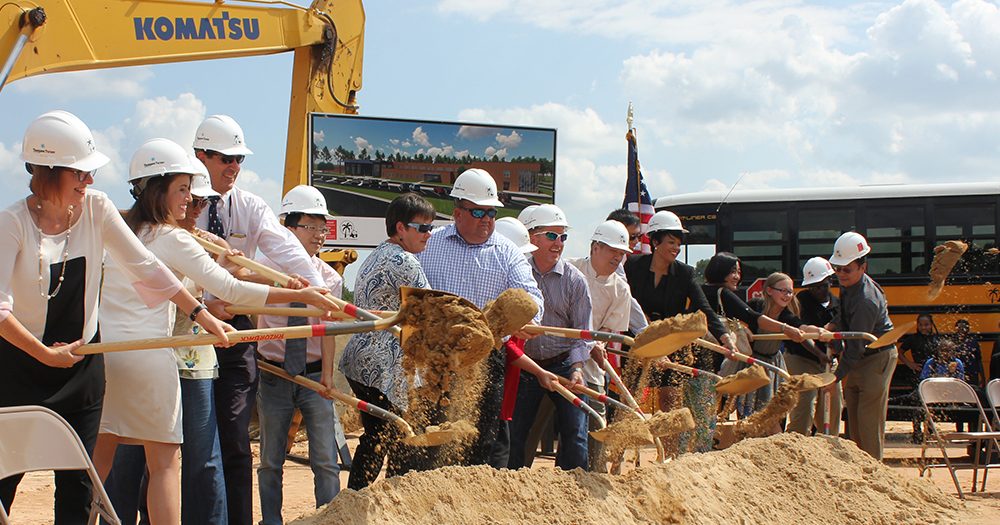 OK, we kid around, but we’re proud of the job ADCO’s Lora Prill is doing on the board of East Point Academy, the Chinese-immersion public charter school in West Columbia.

The school is growing physically as well. Today, Lora (that’s her with the shovel on the far left in the photo above) and her fellow board members participated in the formal groundbreaking for the school’s new campus on Chris Drive. You can see the new school already starting to go up in the background of the photo below.

The ceremony was well attended. Among the dignitaries on hand was Michelle Cardwell, acting state director for the USDA, which provided a grant that has paid for a significant portion of the cost of construction.

We would say “Congratulations to East Point!” in Mandarin if we knew how. But they didn’t have schools like this when we were coming up…