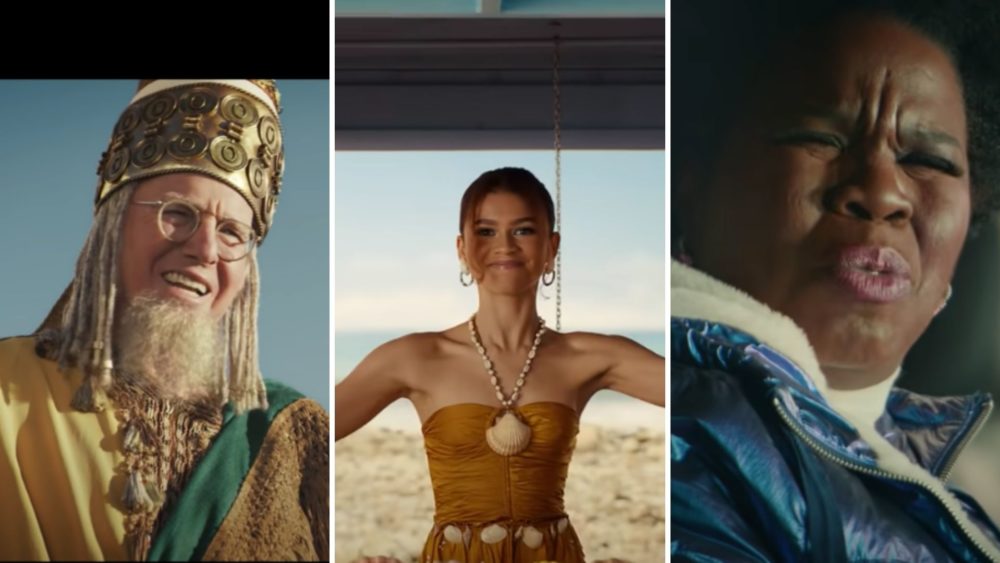 Our opinion on the 2022 Super Bowl commercials

For some football fanatics, the Super Bowl is an event to anticipate all year. For others, it’s a perfect excuse to gorge yourself on buffalo wings and gather with friends. But when it comes to “the biggest night in sports”, one thing brings together the mega-fans and those who don’t know the difference between a sack and a tackle: Super Bowl ads.

Since the 1970s, advertisers have been creating unpredictable spots that take advantage of the Super Bowl’s huge viewer population and diverse demographics. Known as the best of the best, a 30-second ad that cost $107,000 in 1975 cost advertisers an average of $6.5 million during 2022’s Super Bowl LVI. Even at this price point, the ads are worth every penny for a viewer base that includes almost everyone in the United States. Brands like Budweiser, Doritos, and GoDaddy have created national brand images for themselves based on their memorable Super Bowl ads throughout the years; proof that the investment pays off.

The directors and creatives behind these commercials produce ads that range from tear-jerkingly poignant to outrageously hilarious, and often controversial. Regardless of their chosen strategy, the goal is the same: break through the noise to become the 30 most memorable seconds out of a 3-hour broadcast.

Today we’re covering the ads that have stuck in our minds since Sunday, from heartwarming to completely unexpected.

Toyota: ‘Keeping Up with the Joneses’ https://youtu.be/AtQIz5pkwwg

A tongue-in-cheek play on the phrase ‘keeping up with the Joneses,’ this commercial showcases a head-to-head race between several famous Joneses- Rashida, Leslie, and Tommy Lee Jones- all driving Toyota Tundras across a rugged landscape. The surprise cameo of Nick Jonas at the end made this one stick in our memory!

Larry David, famed comedian and star of Curb Your Enthusiasm, anchors this advertisement for FTX cryptocurrency exchange, playing a skeptical onlooker of some of mankind’s biggest achievements throughout history. Combining his hilarious reactions (“No one will ever go to the moon! It’s too far!”) with a strong call to action- “Don’t be like Larry”- this one takes a strong swing at crypto’s cynics.

The unexpected reveal of Guy Fieri as the mayor of Flavortown made this ad for Bud Light’s new Hard Soda seltzers unforgettable. Fieri is an instantly recognizable pop culture icon. Any association with him instantly improves brand sentiment, especially food or beverage brands. This ad created a feeling of anticipation for viewers to try the new line and see what the hype is about.

While shorter than other spots on our list, this ad for Squarespace successfully targets a youthful audience with its gorgeous color palette, cinematography, and direction. Actress Zendaya is front and center as seashell vendor “Sally,” with narration and a cameo by musical artist Andre 3000. Small business owners and young entrepreneurs will certainly be drawn to Squarespace for their web-based needs, hoping to enjoy the picturesque lifestyle displayed in this ad’s dream-like sequence.

While a little less sophisticated than some of the others on our list, it’s hard to deny that watching celebrities chow down on non-edible items like sponges and cat litter is unexpected and memorable. While previously UberEats has been mainly in the food-delivery sector, they have now announced their entry into the home good delivery and established themselves as a competitor for services like GoPuff and Postmates. With a viral TikTok sound in the background, reference to Gwenyth Paltrow’s “candle controversy” and Jennifer Coolidge’s distinct voice, this ad is unforgettable.