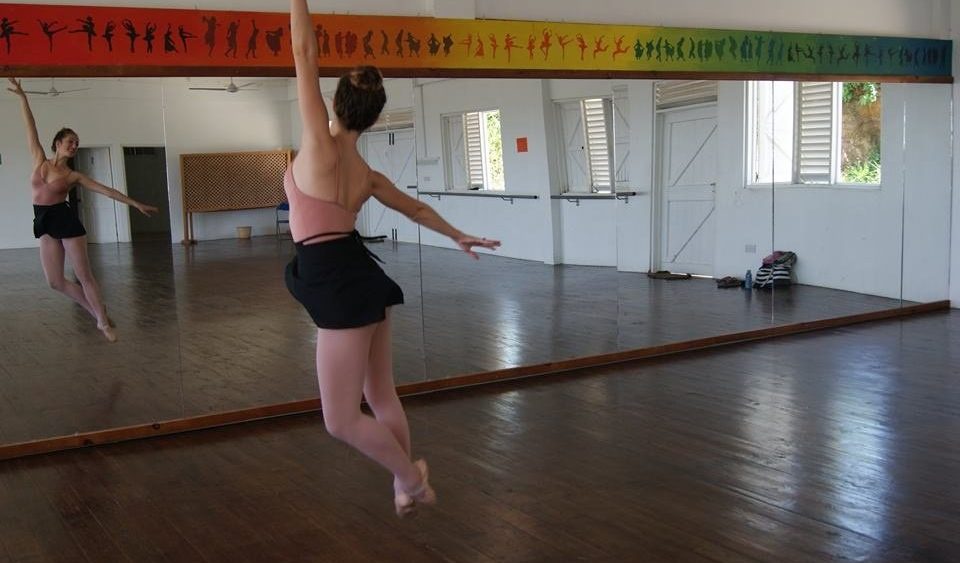 ADCO’s own Brad Warthen is a very proud papa today: His youngest daughter, Becca, who teaches ballet on the island of Dominica for the Peace Corps, is currently the top story in Dance Magazine!

She was on the island when it was the first place to be hit with the full, Category 5 force of Hurricane Maria. After being evacuated home to South Carolina for a few weeks, she returned to continue her mission, months before electricity would be restored.

She resumed teaching ballet to the children, and began a fund-raising effort to restore the island’s only dance studio, which had been wrecked when the building lost its roof during the storm.

An excerpt from the piece in Dance Magazine:

When the Peace Corps asked her to return in December, she instantly agreed, even if that meant living without electricity.

“Some people probably thought I was crazy for wanting to return to a place that people were still evacuating from,” she says, “but I was just excited to round up my students and start teaching again.” So excited, in fact, that she extended her service until January 2019.

She shares in a blog post for the Peace Corps that during her first week back, she held a “return to dance workshop” for the kids. She asked the students to write a poem describing their experiences, then had them choreograph to their own words. She writes:

Many students had traumatic tales of what happened during the storm, yet it was the things that were missing they most wanted to talk (and dance) about. Many were staying with neighbors since their homes were unlivable. One girl never found her pet puppy. Another missed the flowers in her garden. And they all longed for the normal things: eating fruits, going to school and taking dance class.She’s found that teaching them has been transformational: “For these children whose lives have been so disrupted, ballet brings stability, a positive focus, friendship, joy, dreams, goals and something beautiful when much of the outside is still recovering from disaster.”

Good news: Becca just got the word that her restoration project has been fully funded! Now the race is on to get the repairs done before hurricane season begins anew… 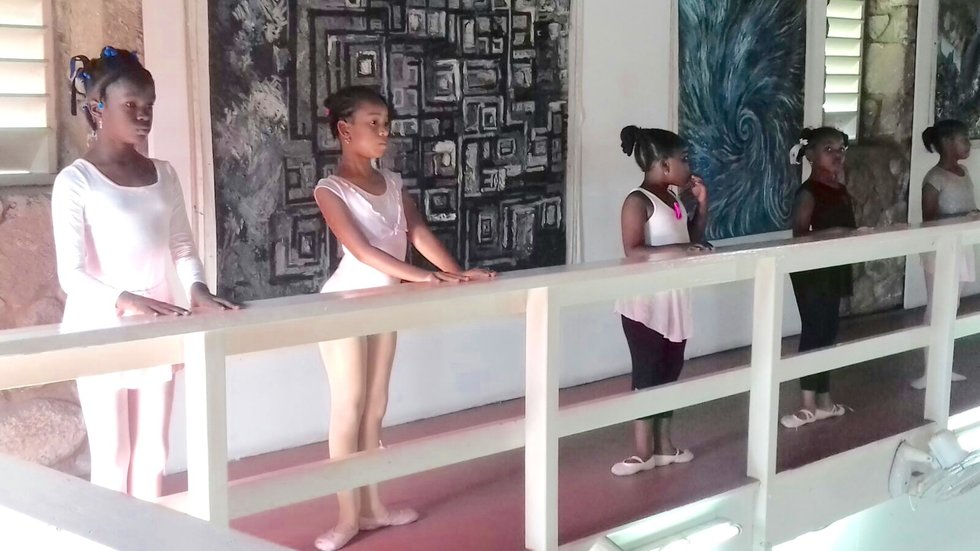 Her students, practicing at a makeshift barre.