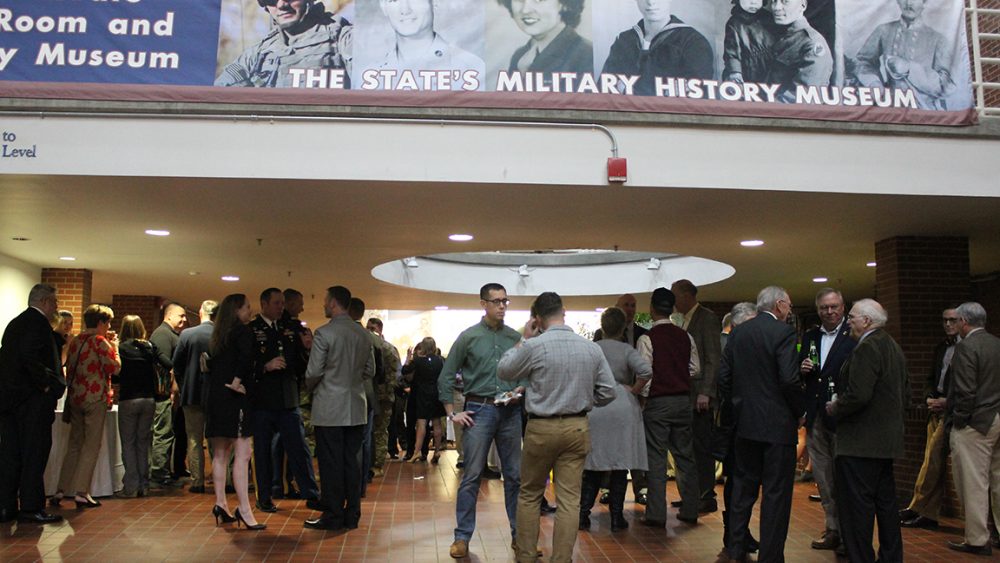 One of the casualties on a battlefield can be civilization itself. For civilians caught in a war zone, chaos often reigns supreme as the basic infrastructure of civil society collapses.

That’s where the U.S. Army’s 360th Civil Affairs Brigade comes in. The members of the small Reserve unit based at Fort Jackson are citizen-soldiers well-versed in the skills of running a government. Their mission is to parachute in with combat soldiers to restore and maintain order in a broken country.

About 90 present and former members of the 360th and guests gathered at the South Carolina Confederate Relic Room and Military Museum (an ADCO client) on Nov. 18 to commemorate and celebrate the unit’s 67-year history of service.

The occasion was the opening of a new exhibit at the museum dedicated to the exploits of the 360th. The exhibit opened Nov. 17 and will run through June 2018.

The Saturday reception was a chance for old soldiers to reminisce and ones currently in uniform to drink from the well of the unit’s traditions.

“It was a nice event,” said retired Col. Don Fowler, who commanded the unit for several years in the 1980s. “I have lots of fond memories and affection for that unit.”

Fowler is perhaps better known as the political scientist and professor who served as national chairman of the Democratic National Committee during the Clinton Administration. He is one of a number of prominent people from South Carolina public life who have served in the 360th over the years, such as historian and radio host Walter Edgar.

The unit is currently affiliated with the XVIII Airborne Corps, and most of its members wear the jump wings of paratroopers. But while they face some of the same dangers as combat troops, they bring a different set of skills to the theater. They bring expertise in the law, finance, city management, public health, public works, education and law enforcement.

In the right circumstances, Fowler said, the unit is capable of taking over and administering the civil government of an area the size of South Carolina.