Blog
ADCO / ADCO / What’s going on in the Midlands, according to our mayors
May 19 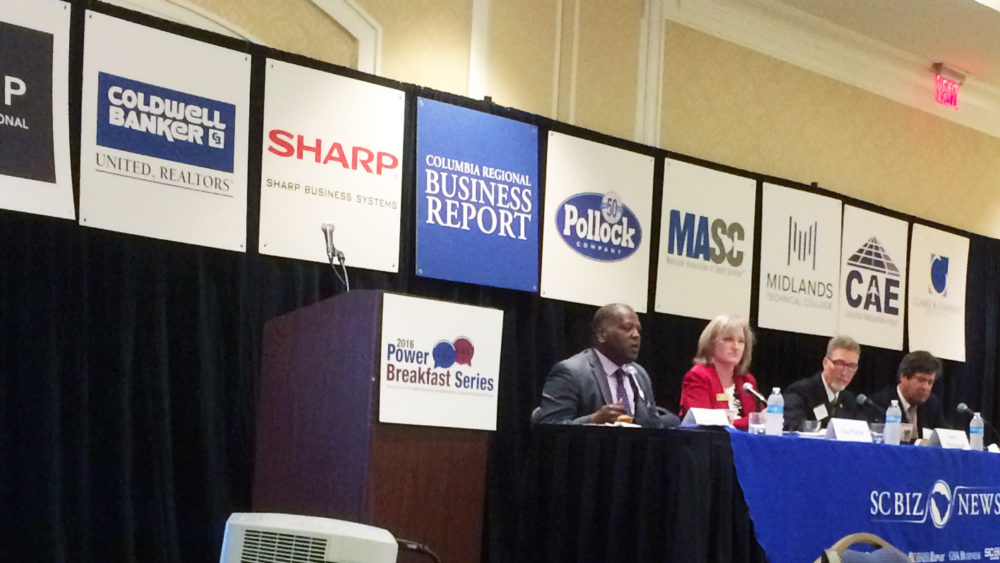 What’s going on in the Midlands, according to our mayors

Columbia Regional Business Report had another of its periodic Power Breakfasts this morning at the Marriott downtown, this one featuring four of the Midlands’ mayors as panelists.

We’d tell you what they had to say about what’s happening in our community, but Emile DeFelice of Soda City, who sat at the ADCO table, already reported on Facebook:

Thanks to Brad Warthen and ADCO I had a great time this morning at SC Biz News / Columbia Regional Business Report Power Breakfast listening to Midlands mayors outline their vision and challenges for our region. Two things stuck out for me — Mayor Steve Benjamin noted that Columbia’s ‘DNA is fundamentally different’ from other SC towns since we house USC, state govt., Fort Jackson, leaving about 2/3 of our property OFF THE TAX ROLL! Mayor Elise Partin used the phrase ‘speak it into being’, meaning if she repeats an idea often enough it has a better chance of becoming reality. Yes, I went there in my gym clothes since the next stop was KORE Wellness, though it was pretty dang ambassadorial with my Columbia Fireflies cap and Experience Columbia, SC tshirt! wink emoticon

Yes, he was as ambassadorial as all get-out, and we enjoyed his company, along with that of Freddie Strange of the Free Medical Clinic and Vareva Harris of Benedict College.

The program was educational, and a great opportunity to get out and see each other. We’ll be sure to catch the next one as well.